7. My Chemical Romance - The Black Parade 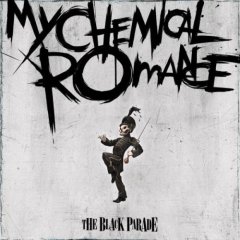 My Chemical Romance, for me, was a bit of a revelation when I discovered them last year. With their name, I was expecting generic Cookie-Monster rap metal. Instead, I got intelligent lyrics, well-constructed songs, tight musicianship. This is modern metal with songwriting ability and a wicked sense of humor...after all, how else could you explain song titles like "It's Not A Fashion Statement, It's A Deathwish"?

With The Black Parade, the band must've been listening to either Broadway musicals or to Queen's Night at the Opera while on mushrooms. There's definitely increased theatrics here, but while they do take some getting used to, they don't come off as cheesy. The songs are still solid (highlights are the brutal "Dead!," "Teenagers," and "Mama," which, strangely enough, includes guest vocals from one Liza Minelli...seriously!). The only really weak periods are when they try to get overly commercial, which they do in the semi-cheddar "I Don't Love You"...but these are in the minority. I really hope they don't keep going for the commercial, because it's not their strong point, and they are getting a fan base with their regular stuff...and they do rock. 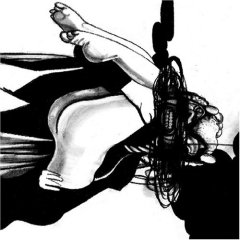 While the self-titled Loose Fur debut was a noisefest (which unfortunately killed some great songs, such as the Wilco outtake "Not for the Seasons," which became a very strange "Laminated Cat"), this one is much more coherent, much more controlled. And the benefit of this is that the songs, as a result, really stand out. The sound is still experimental, but rather than employing the "let's hit something" strategy of its predecessor, Born Again in the USA employs a Zappa-esque creativity with arrangements...albeit from a 3 piece.

Half the songs are from Wilco singer Jeff Tweedy, and those are dandies. "Hey Chicken" rocks, while "The Ruling Class" (as played on Tweedy's last midwest solo tour) is a soothing, funny acoustic singalong opportunity waiting to happen...and then there's "Pretty Sparks," which has Tweedy turning in his most soulful singing performance yet. Jim O'Rourke's material can be a bit more introspective (see the moody, somber "Answers to your Questions"), but the man can rock and rollick, as in "An Ecumenical Matter," his lively take on the ten commandments.

Posted by themikedubose at 4:12 PM

Email ThisBlogThis!Share to TwitterShare to FacebookShare to Pinterest
Labels: weird

I like some of the songs...but they are not metal...at all. No way. I know they do not think of themselves as metal, and most of their fans don't either...I'm just sayin'.

What they are is a pop band. Maybe a good pop band. 100% commercial, mainstream, and intentionally so. A bit more melodramatic (Meat Loaf-ish at times), than most in their genre.

As far as musicianship...all of the live stuff I've heard is terrible terrible terrible. Maybe they use studio musicians, maybe they just do 1,000 takes of everything (they certainly tweak the hell out of the lead vocalist's intonation), but geeeeeeeez.

Actually surprised Brad didn't chime in on the stoning with this one.

I did get to see them live in Detroit. They played with four other bands for a radio station party, and although the sound was awful (the sponsoring station didn't rent enough PA), their playing was fine...definitely no change from the album.

Is metal and commercial antithetical? Was it ever? Certainly not in the 80s... I'm not actually sure I consider "pop" its own category; the term is maybe more a modifier of whatever real genre the piece fits into...pop metal, pop rap...and on this basis, removing the commercial elements, they do sound more metal than anything else I can think of...

I don't really like My Chemical Romance's poppier stuff anyway...they're better when they just put out stuff.

I've been meaning to check out Mastodon...maybe next paycheck.

I do not think that metal and commercial are antithetical. I am certain that My Chemical Romance is not a metal band. They sound more like something that would fit in the categorie of heavy-ish pop punk.

And for what it's worth, I like My Chemical Romance. My favorite song is still "I'm Not Okay."

And hey, no need to wait for money to check out Mastodon...download!!! I've chilled with the guys a few times and I know they are totally comfortable with that...'cause it'll make you really really want to go to a show...and they are the best live metal band on the planet right now...except for maybe Between the Buried and Me...

"I'm Not Okay" is one of my least favorite songs from My Chemical Romance"...because it seems like a blatant attempt to be poppy. "Helena" is much more my speed, and I still think "Hang 'em High" sounds metal to my ears...but I guess we'll agree to disagree on this one.