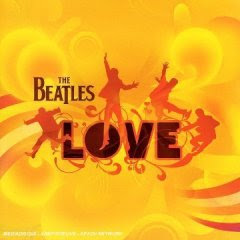 Yes, a new Beatles release. These tracks have been remixed, messed with. This is actually the soundtrack to the new Vegas Cirque du Soleil show. So far, everything I've mentioned should work against this, and I should look upon this album as an abomination.

The album is, however, fantastic. There is extensive work on this, but it's done by Beatles producer George Martin, approved by the Harrison & Lennon estates and by McCartney and Starr. All added tracks are from original Beatles sessions. And boy, does this sound good...picture Beatles songwriting brilliance with the sonic adventureness of Wilco and Pink Floyd. The arrangement of "Eleanor Rigby" will make you weep.

If you've ever wondered how this band would hold up if they came out now, listen to this. If you're one of those that never really "got" this band, then buy this, as it will most likely make you reevaluate music in the last decade. 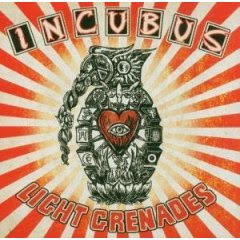 I am admittedly late to the Incubus bandwagon. When I heard the band name, I thought they must be another noise/rap metal band. I ran across "Megalomania" last year on Fuse, and I liked it, but it took me a while to hunt down the album A Crow Left of the Murder. When I did, I found several really great tracks and several more that did little for me. It was clear the band had potential, but the album was uneven.

A friend of mine tells me that while this album is good, Morning View is much better. I can't wait until I can get into that one.

Posted by themikedubose at 2:59 PM

Anonymous said...
This comment has been removed by a blog administrator.
12:21 AM