Welcome to my top ten cds of the year. This is the first of five installments, and the rest should hit by New Year's. I am including links to the artists' web sites, and most of them have samples available...so give them a listen!

9. Aimee Mann - One More Drifter in the Snow 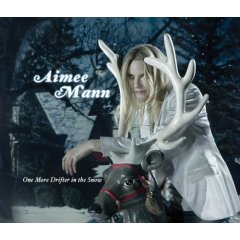 Y'know, I just knew this was going to be a joke or something. When I found out that this was an honestly real release, I figured it would be the most depressign thing in the face of the world. Whenever I hear of artists releasing Christmas albums, I generally make the crack that either they've decided to become purile teeny-boppers, or their career must be over and they're desperate.

This is neither. Aimee Mann is, of course, insanely talented. Mann harkens back to the 50s for feel and inevitably leaves her own quirks...but in a melancholy, not depressive way. I really like this album, and I would've rated it higher...but it is, after all, a Christmas record, and how often are you actually gonna play it in June? 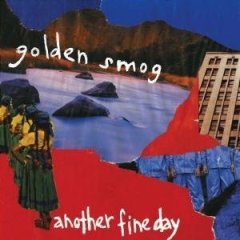 Golden Smog is that weird breed...a supergroup of musicians that 90% of the population have never heard of. Out of all their releases, this one is the closest to a pastiche of each member's personalities...and as such, is less a band release, and not tremendously cohesive.

There are some very great things going on here. Ex-Jayhawk Gary Louris' "Listen Joe" and "Think About Yourself" are both gorgeous. Wilco singer Jeff Tweedy only has one track, but "Long Time Ago" (co-sung with Louris) is a doozy, emotional without being sappy. Soul Asylum's Dan Murphy pens some great rockers ("Corvette" and "Hurricane") that will get your heart pumping...but they don't really fit in with Louris' work.

There are a few clunkers. "You Make It Easy" goes on entirely too long, and "Beautiful Mind" is just annoying. This is still, however, better than most other albums released this year...and what would you expect from anything with Gary Louris?
Posted by themikedubose at 11:21 AM