It's a strange period of my life in terms of research. After long periods of dormancy following the dissertation and my years of adjunct hell, I am deep into more research than I care to think about.

Just this semester, I am on track to finish:

This is on top of my summer plans to:

In the midst of all this, I just discovered, while doing research for one of my many papers, the common theme of my current work. I even have a title for book two: Whither Authority? Control, Networked Intelligence, and Authority in the Postmodern Media.

I hope I stop thinking of ideas before I explode.
Posted by themikedubose at 10:07 AM 2 comments: 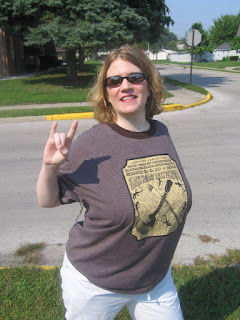 Today's my lovely wife's birthday. If there was justice in the world, there would be dancing and street carnivals worldwide.
Posted by themikedubose at 2:27 PM 1 comment:

yesterday's random quote of the day

"It didn't make me throw up...it just made me cry"
Posted by themikedubose at 2:26 PM No comments:

Email ThisBlogThis!Share to TwitterShare to FacebookShare to Pinterest
Labels: weird 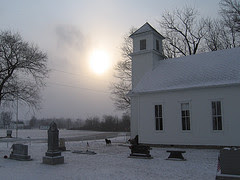 I have new art photos up at my Flickr page if anyone's interested. I include, for your viewing pleasure, a sample.
Posted by themikedubose at 10:54 AM No comments:

In celebration of that great greeting card-inspired holiday, the spousal unit and I went to (as I've mentioned before) the White Castle Valentine's Day Candle-light Dinner. And it was everything we expected. 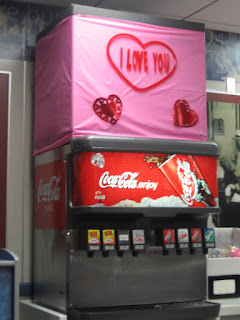 There was a hostess who showed us to our pink table-clothed, flower-balloon-candle festooned table. The store was decorated in pink, with hearts. There were Cupid garlandss adorning the windows.

One of the workers, wearing a plastic apron decorated with hearts, took our order like a real waitress...she dropped off our menus, got our drinks, took our main order, brought our food, and checked up on us a few times. Actually, now that I think of it, we got better service from her than at many fine restaurants. And the whole staff approached the night with much better of a sense of humor than I would have, if I would've been a minimum wage-earning fast food employee being asked to play dress-up. 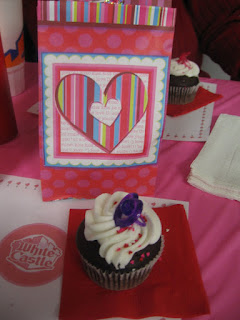 The meal itself was classic White Castle. My wife and I each had a number of sliders and split a sack of fries. Afterward, the waitress brought us a complimentary cupcake (with a heart ring stuck in the frosting) and a bag of Valentine candy.

In response to my last post, I have already recieved an e-mail and an international call from a worried friend. All I can really say is, to quote "Crash" Davis, "I have been known to howl at the moon."

Anyway, the lovely spousal unit will be home today, so all is well.
Posted by themikedubose at 1:29 PM No comments:

Email ThisBlogThis!Share to TwitterShare to FacebookShare to Pinterest
Labels: rant

She gently brushed her lips against mine, kissing me, before smiling and thanking me for being so understanding. I just smiled and told her to drive safely before watching her drive away. What else could I do?

I felt bad enough as it was. I know that her mother, my mother-in-law, was in the hospital, I know that she was facing surgery, and I knew that my spouse should be there, needed to be there. I knew this, but I still resented it horribly.

I know this makes me awful, but I cannot help but resent her a little bit for getting my wife for yet another weekend, in spite of how much I love my mother-in-law and want her to be well.

I am lonely, you see.

It's not like I don't have enough to keep me occupied. I have a presentation in two weeks, for which I haven't typed word one. I have parents, relatives, high school friends, life-changing former roomates, all of whom have been waiting months for word one from me. I have papers to write, book proposals to revise, classes to plan. Instead of doing any of this, however, I keep finding myself just sitting, doing nothing, being lonely.

Lonliness is never like it is in the movies or in overdramatic novels. There's no wailing, no shaking tears, no cavernous bouts of depression. I'm just empty. I have to force myself to do anything, and even then, I'm just going through the motions.

I read the saddest books I can find, and they suddenly move me not in the slightest. I try turning on the television, but that's no good...everything on the TiVo is one of "our" programs, and there's utterly nothing else that draws me in even a little. I try splurging, fixing myself a thick steak for dinner, but as good as it is (and I find myself knawing on the bone, regressing into a neanderthal), it doesn't really bring me any joy...five minutes later, and I am back on the couch, staring blankly into space. Nothing works, and there is no escape. Finally, I give up, crawl into bed, stretch out fully...but I keep looking over to her side, reaching out my leg so that I can feel her warmth, and she's not there.

It will only be a few days, I know. My love will be back on Sunday. Right now, though, that seems unimaginably far away, deep into the future. I want her here now. I want to see her eyes that can light up the room, see her flash that smile that makes me want to explode. I want to make her laugh, I want to hold her close, I want to smell her hair and have her body pressed up against me.

Before I had someone, I used to be scared of giving myself completely to someone else, of putting myself at anyone's mercy. Now, it doesn't frighten me that I've invested so much of myself into her as I thought it would, because she brings so much to me, makes me such a better person. I just need her, and when she's away like this, it reminds me of how much. Now, I'm just a little scared because I know why, deeper than ever, that I don't like being alone, apart, separated.

She did call yestersday, so I did get to hear her voice. It was lilting, beautiful, vibrant, and it filled me with so much joy yet also so much sadness. I wanted to talk to her forever, but after she left, nothing really happened to me, so I had no real tales or events to relate, and I couldn't really think of anything to say...so the call was entirely too short.

There was so much I needed to say to her, but I had no idea how to say what I needed to say, which always seems to be the case. How do you say the things you really need to say? Can you even really say them, without holding that person close?

Posted by themikedubose at 11:25 AM No comments:

Yes, I still don't have time for this (I haven't e-mailed my own mother in weeks, yet I post here), but Anthony Bourdain has a great take on the various Food Network personalities. Read it if you're as much of a geek for this channel as am I.
Posted by themikedubose at 9:12 AM 1 comment:

I'm really way too busy to be posting anything (3 weeks 'till a conference presentation, and I haven't written paragraph one), but The Onion A/V Club has Sarah Silverman answering sex advice questions...it's brilliant but not for the faint of heart.
Posted by themikedubose at 1:57 PM No comments:

Today, it was so cold that my face hurt after walking from my car to the office. We had a low of -1 F. People live in weather colder than this. I have no idea why.

Screw you, you ratbastard groundhogs.

Posted by themikedubose at 5:41 PM No comments:

Email ThisBlogThis!Share to TwitterShare to FacebookShare to Pinterest
Labels: bitterness

greetings on this, the most Freudian of holidays. 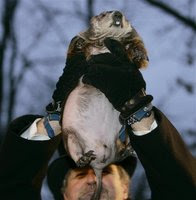 Even the damn groundhog's in on global warming...Punxsutawney Phil didn't see his shadow, so even less winter this year.