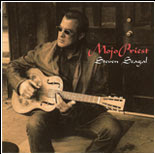 In doing research for my Van Damme post, I ran across the Steven Seagal homepage. It's amazing in that not only does Seagal push his "acting" ability, he also calls himself an "accomplished musician," in addition to also selling his own energy drink (which is called...no lie...Stephen's Lightning Bolt). There are brief music clips, and it's much better than you'd expect...but then again, I had no expectations at all.

Compare this to the very amatureish Van Damme homepage. The best thing about this is that it has a Van Damme quiz...you can test your knowledge on the celebrity! Of course, the best thing about JCVD is the fan page http://www.vandamme.ru/, which has a hilarious selection of Van Damme wallpaper.

I know you're just dying to get the image of him doing karate splits...
Posted by themikedubose at 1:31 PM