I don't think I've mentioned it here before, but I'm also a contributer on Crunchy Stuff, a product review blog run by some friends of mine. Through complete and utter chance, every new product I've tended to buy over the last few months has been dreadful, and my review posts reflect that in their tone. Not getting enough snarky Mike? Then give a visit.
Posted by themikedubose at 3:57 PM No comments:

Email ThisBlogThis!Share to TwitterShare to FacebookShare to Pinterest
Labels: interwub

where my mind goes during walks

While on my daily coffee walk today (my knee having mysteriously healed after finishing the House paper), I came to two weird observations:

Posted by themikedubose at 10:56 AM No comments:

the Mike of days past

As step one in the book manuscript process, I've been plowing through all my theory-related stuff on my computer. What I found of particular interest is that, if my various doctoral theory classes were any indication, I've always been a real smartass. Here, for the amusement of all you academics out there, are the Greatest Hits:

Posted by themikedubose at 4:32 PM 2 comments:

Email ThisBlogThis!Share to TwitterShare to FacebookShare to Pinterest
Labels: academics, world of Mike

Back in high school, I was Mr. Heavy Metal (although I didn't capitalize it back then). I had the hair (at its longest, it went to within a few inches of my waist), a closet full of heavy metal teeshirts (which fit in with the uniform, of jeans and a denim jacket), a collection of cds with scary-looking covers, and I regularly drank the blood of goats.

This was in the eighties, when heavy metal moved from being a much-ridiculed form of music from the fringe to being a much-ridiculed form of music with mass popularity. Tons of people wanted to be heavy metal. They were fairly easy to spot. Short hair...or, more accurately, hair that just hit their collar last week...was one clue. Another was the giant backpatch on the back of their brand new Levi jacket. A third was an unholy love for glam/hair metal. If you liked Poison, Ratt, Bon Jovi, or someone like that, there was a 97% chance that you were a wanna-be. If you pretended look stoned, you were a wanna be.

I could go on, but this is already reading like a stoner version of Jeff Foxworthy.

For many of the new bands, the influx of glam/hair involved choreographed stage moves...weirder and weirder spandex pants...super-teased hair sharpened into potentially lethal spikes...makeup heavier than a drag night...bad sing-along concert segments. The list goes on. Obviously, this meant that metal was becoming silly and in need of serious change.

I remember the first time I heard speed/thrash...it was Metallica's Ride the Lightning, before it ever hit big. It was faster, louder, more aggressive than anything else I'd ever heard. I've often lamented about how I will never be able to let my students, many of whom have been listening to the band all their lives, really know how revolutionary Metallica sounded at the time. They provided a new template for being heavy. 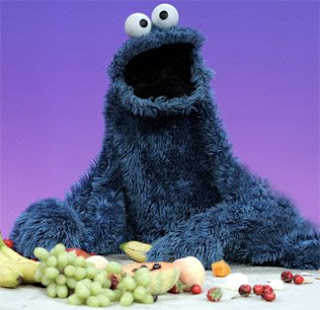 All of a sudden, after Metallica hit big, any new band had to be heavier. That meant playing louder, faster, heavier. I remember one local band, where the guitar player, in an attempt to be heavy, ran his guitar signal through five separate distortion petals...it was the aural equivalent of burning magnesium, and it sounded dreadful. Another band decided that everyone in the band had to sound heavy...they all had to have "thump" in their sound...the result being that the drums, bass, and guitar all fought for the same few eq frequencies. Too many singers decided to just start shouting.

Eventually, the model for becoming heavy was no longer glam, no longer Metallica...it had become the cookie monster. Once I heard Cannibal Corpse, I knew the game was up. No one could play faster...their notes blurred together. No one could scream more...the singer's voice sounded like he was snoring (albeit angrily). And, to boot, their songs were usually less than two minutes long. Where could heavy metal go from there? By just stressing screaming and noise at the expense of complexity or innovation, metal was once again turning silly.

This didn't stop heavy metal bands from trying to be heavier. It did, however, make me very bored with heavy metal and sent me running for other options.

Lately, I have been very conflicted about heavy metal. Ozzfest sounded like they'd be great shows, but they were balanced out by the pure disgustification I felt by Meet the Osbournes. For every hint of respectability metal crept up upon, it was balanced by another cookie monster screamer.

Personally, I think metal has been pretty stagnant for over a decade. While I am all for heaviness, the abandonment of melody and singing never really seemed like a forward step. But you need some real hook, something very cool, something unique to make metal interesting for me.

So, BBC has a story about a 62 year old Capuchin monk's heavy metal band. The video is really interesting. I'm not sure, however, if it's cool or silly.

How do you interpret screaming monks?
Posted by themikedubose at 9:39 AM 2 comments:

Why do I do this blogging thing that I do? Am I crazy? Have I run out of procrastination ideas? Do I do it for the throngs of admiring fans, and the underwear with which they pelt me? Is it the fame, the glory, the street-level recognition?

Well, yes, all of the above. I love being able to keep in touch with distant friends, and the blog is one way I can do that. But there's something more.

I do this for myself.

When I was struggling as an adjunct, when I hadn't written anything in a year after my dissertation, I needed to remember that I enjoyed writing. I needed a stress-free way to write, with nothing really riding on the results other than my writing chops. I needed to vent, to blow off steam, to catalog my feelings of misery at the time.

My situation eventually improved immeasurably, and I'm convince this space had a lot to do with that. Writing the blog helped me get into the swing of writing in general. Now, I'm producing finished pages at a rate which rivals tenure-track faculty with cushy teaching loads. Take that, you 2/2 pinheads!

Later, I realized that I ran across an awful lot of cool/helpful/weird web sites. Yes, folks, it's a marvelous world out there online. I first got into the internet all the way back in 1996 (the technology actually existed back then). If it wasn't for the "what's cool" websites, I probably would've never figured out what the world wide wub was actually good for. So, in an effort to catalog all of the cool stuff I saw online and give others the chance to be introduced to the web in the same way as was I, I started interwub postcards (that is, after several aborted blogs at the same spot).

Now, I am starting heavy revision/writing work on my book project. I am having to deal with a lot of research. I need somewhere to ramble, to spell out my thoughts, to litter with stream of consciousness thoughts on my work, somewhere to put all the stuff which may either end up in the finished project or just get me thinking in the right direction. So, what did I do?

You guessed it...I started another blog!

It's a closed blog, meaning that not just everyone can come and look. This only makes sense, as this is going to eventually end up in book form. But you, my dear readers, are my friends, and if anyone really has an interest in seeing the process of dissertation-to-book; is interested in the eighties, popular culture, or complexity theory; or just can't get enough of themikedubose, e-mail me, and I can add you to the blog roll.

If anyone wants to see what I'm up to, that's cool by me. But ultimately, even if I hear only crickets chirping (as I do on interwub postcards), this will have served it's purpose.

Plus, the web address is pretty cool!
Posted by themikedubose at 10:26 AM 1 comment:

Will everyone get this as satire?

Posted by themikedubose at 3:28 PM No comments:

So far this year, I've produced 75 pages of finished scholarship, which alone makes this one of my best years in terms of production. That includes three articles (one already accepted) and two book reviews (one published, one forthcoming). When you consider that I teach what's essentially a 5/4 (really a 4/4. but I'm responsible for 16 credit hours in the fall), this pretty much rocks.

I should be ecstatic, but instead, I'm stuck in "nose to the grindstone" mode. Why? I still have a book manuscript that I need to get done (get this) by the end of summer if possible...that's in a little over five weeks.

And strangely enough, I think I can actually pull this off. Have I finally hit my stride as an academic? Will this help me finally get the crankin' tenure-track job? Or am I completely delusional?

Bets on the last one.
Posted by themikedubose at 3:20 PM No comments:

This is the coolest video I've ever seen:

GORBACHOV: THE MUSIC VIDEO - BIGGER AND RUSSIANER from Tom Stern on Vimeo.
Posted by themikedubose at 2:58 PM No comments:

there goes our freedom

Joining habeas corpus as a basic right taken away from us is our rights to privacy and free speech. This afternoon our president appointee will sign into law a law that gives official sanction to wiretapping on American citizens.

Thanks, prez. Thanks, congress. Anything else about our constitution that you wanna eliminate?
Posted by themikedubose at 9:56 AM No comments:

Email ThisBlogThis!Share to TwitterShare to FacebookShare to Pinterest
Labels: politics

At casa DuBose, the spousal unit and I decided to hold a 4th of July cookout/party. Unlike most of the events I try to host (which are fun but woefully underattended, thus leading me to believe I just suck at big bashes), this evening went fabulously. Highlights of the evening include discussions about Jameson and postmodernism, firework displays over the top of our neighbor's houses, a threat from one female to impregnate random people with a turkey baster, intoxicated tap dance demonstrations, entirely too much sangria and beer, five different types of grilled sausage, a drunk friend dancing while waving around sparklers, slight antagonism between smokers of light cigarettes and normal ciggies, spilled drinks, fervent arguments about superhero fiction, cigars, random explosions, a late night run for bug repellent, a confession that “I'll probably throw up tonight,” and several abandoned vehicles (including many cars and a bicycle).

Throughout it all, we were adults...there were no beer games involved.
Posted by themikedubose at 2:19 PM 3 comments:

Email ThisBlogThis!Share to TwitterShare to FacebookShare to Pinterest
Labels: BG, world of Mike

I'm revising an article about the tv show House, M.D., and my knee starts to hurt. Went to the doctor yesterday, and he told me it's a ligament or tendon (can't remember which) swelling under the kneecap. The net result is that just as I'm working on a paper about a character with a screwed-up leg, I start to limp. Lovely.

I'm just glad I'm not writing about zombies.
Posted by themikedubose at 10:11 AM 1 comment: