I have a few shows coming up in the immediate future. First off, I will be playing a half-hour set at Hump Day Review this Wednesday. This is at Stone's Throw in Bowling Green. I should hit the stage at 9:30. I know that at the very least, I'll debut a new cover song. I might also have an original or two to world premier, but that all depends on how tomorrow goes. 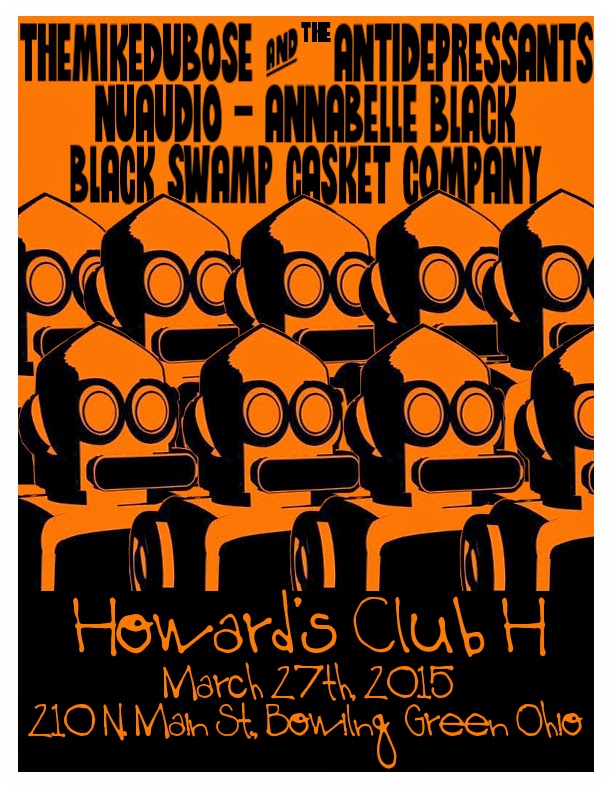 I will be doing a show with my backing band The Antidepressants on Friday, March 27th. We are playing with two touring bands (Annabelle Black and Nuaudio), as well as Bowling Green's own Black Swamp Casket Company. This will be a fun one, because...well, it's at Howard's Club H, which is always fun.

But this will also be the second show and BG debut with my band. We're a power trio with horns (well, really trombone). It's definitely hard rock, but with a twist. During our last practice, my instructions to the rhythm section were "pretend that you're either a studio musician in Muscle Shoals or that you're a member of Booker T and the MGs. If you're heard what I do, then just imagine melding it with 60s R&B. Then you'd have a pretty good idea what to expect. 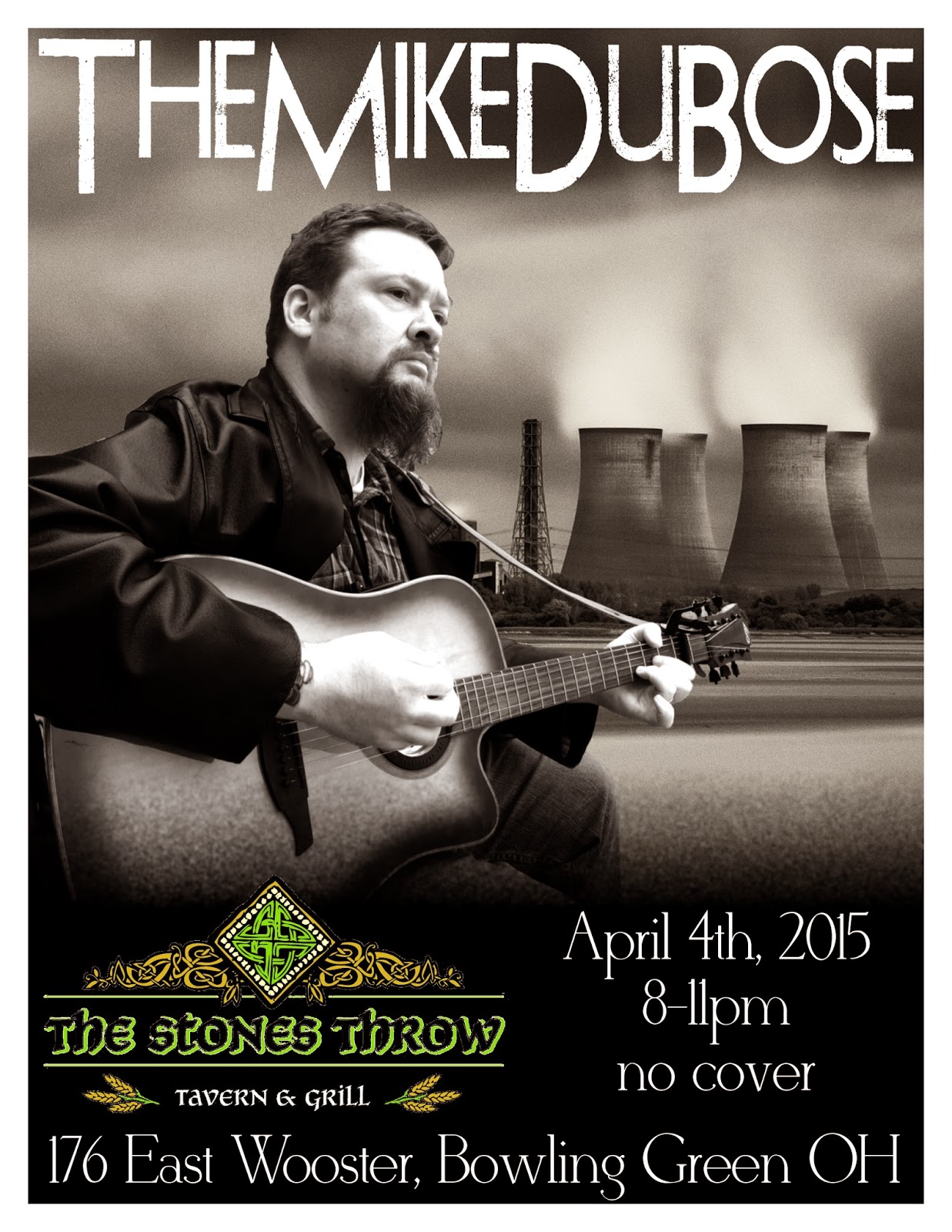 I also have one of my three hour solo performances coming up. I'll be playing again at Stone's Throw in Bowling Green. This one will be April 4th, and I'll be playing from 8-11. This one will have a mix of originals and cover songs. I've been learning an awful lot of new stuff for this. I'm expanding my cover repertoire to include more old-school R&B; not only is it very cool and danceable, it's also an utter blast to sing. I have also learned a few new weird cover songs from the 1980s. It's been way too long since I've done this kind of gig, and I'm really looking forward to it.

Of course, your support would be greatly appreciated at any of these shows. I do this for the love of the music, but knowing that someone else also appreciates what I do is unbelievable. I will, for the record, have copies of my album for sale at all future gigs.
Posted by themikedubose at 8:12 PM